"NOVAK and a gold slam?" No one will be surprised if he succeeds. "


Russian tennis player Danil Medvedev did not hide his enthusiasm for Novak Djokovic's games, and he pointed out that he would not be surprised if the Serb won the 'golden slam'. After the triumphs at Roland Garros and the Australian Open, the first tennis player in the world announced a campaign for titles at Wimbledon, the Olympic Games and the US Open. Before the start of the tournament in London, that was also the main topic at the press conferences. "Novak has already written history. This season he is trying to do something special. We know how much all this means to him, how much work he invests to achieve that goal. It will be interesting to watch him at Wimbledon, the Olympic Games and the US Open, because he will try to win them all. And when he decides something like that, then he is the strongest. However, it also brings a lot of pressure. We will try to use that, "said Danil.
The Russian tennis player referred to Djokovic's victories over Nadal and Cicipas in Paris. "He is amazing. I mean, just look at the semifinals and the final of Roland Garros. He beat Rafa, and then won Cicipas in the final, even though he was two sets behind. Like I said, he's already written history, as have Roger and Rafa. He is now trying to push the boundaries further. I don't think anyone will be surprised if he succeeds. " Medvedev arrived at Wimbledon with the title from Mallorca. "That title affected my self-confidence. In the final, I played the best match on the grass. I feel good, "said Danil. The first rival to the second tennis player will be Jan Leonard Struff, from whom he lost at the start of the tournament in Hael. "It's a difficult draw for me. Jan is a dangerous rival, especially on the grass, he can beat a player from the top. He proved it many times. The positive side of that defeat in Halle is that I was far from my level, and that I had chances in the first set again. Of course, in the second he was better. I hope it will be different now. If I'm on the level, it won't be easy for him either. I expect a good match, I hope I will win. " You will be able to follow the matches from London on the Sport Club channels.

Novak Djokovic is a belgradian professional tennis player. He is currently ranked as world No. 1 by the Association of Tennis Professionals (ATP). Djokovic has been No. 1 for a record total of 330 weeks, and has finished as ATP year-end No. 1 on a joint-record six occasions (shared with Pete Sampras). He has won an all-time joint record 20 Grand Slam men's singles titles (shared with Roger Federer and Rafael Nadal). Overall, he has won 85 ATP singles titles, including a record nine Australian Open titles and a joint record 36 Masters events (shared with Rafael Nadal). He is the only player to win all of the Big Titles on the modern ATP Tour – which consists of the four Grand Slam tournaments, all nine ATP Masters events, and the ATP Finals. In particular, he is the only player in the Open Era to achieve a double career Grand Slam, as well as the only player to complete the career Golden Masters, which he has done twice. 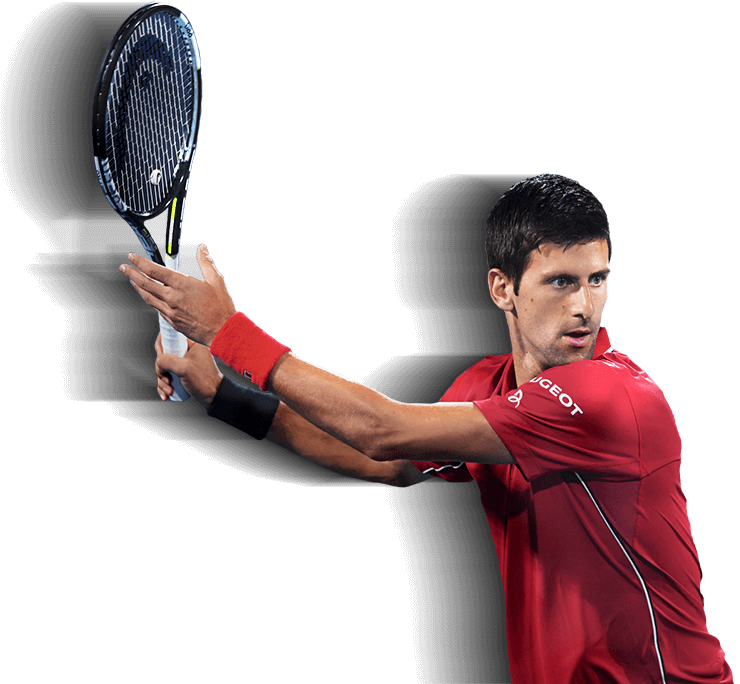