Opinion: The Reason Why Djokovic Is Both Unequalled And Unloved 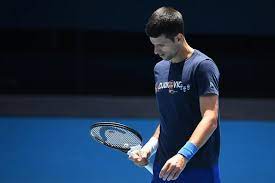